Natalie Cook is one of Charles Townsend's angels. As of the early 2000s, she was an active angel along with Dylan Sanders and Alex Munday, usually acting as the de facto leader of the group.

From a young age, Natalie has had a cheerful disposition and sunny personality, with a known penchant for dancing. During high school, she donned the school mascot. She is shown to be goofy and naive at times, delivering double entendre to men without actually intending to flirt, and effectively hiding her true intelligence and brilliance.

Her mom was a large-animal veterinarian; her dad was the author/editor of The Cook Anthology of Science Fiction. Natalie was the class nerd: complete with a Princess Leiahoneybun hairdo, glasses, and a mouthful of braces. She got her Ph.D. from MIT — by correspondence. She’s worked as a research scientist at the Swedish National Academy, a U.S. Navy test pilot, and a Lincoln-Mercury spokes-model. Natalie has a passion for anything on wheels. She also has knowledge in veterinary medicine.

She’s brilliant at road racing, helicopter piloting, and motocross. Her favorite song is "Soul Man." Natalie resides in a little white bungalow on a canal in Venice, California with her boyfriend Pete Komisky. She drives a red Ferrari Modena[1], license plate number 924-WNP. Natalie can’t dance to save her life, but she’s extremely proficient in kung fu and several other martial arts, as are fellow Angels Dylan Sanders and Alex Munday.

Natalie Cook, the smart and funny scientific private investigator was portrayed by Cameron Diaz in the films Charlie's Angels (2000) and Charlie's Angels: Full Throttle (2003). Like all the Angels who have worked for Charlie Townsend at the Charles Townsend Detective Agency, she is quite resourceful and is willing to take on many roles to meet the challenges of solving any case. 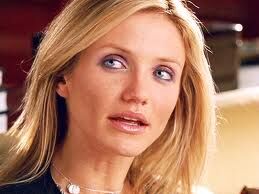 Other similarities: Both are their trio's most effervescent member and both are their group's most athletic and expert in martial arts. Her favorite song is “Soul Man.” Natalie lives in a little white beach house on a canal in Venice, California with Pete. This Angel has a vast knowledge and understands all the technical gadgets that are used and knows how to work her way around a computer. She pays attention to minute details and like most normal people her exploration can go to extraneous details that mean nothing but can really come in handy when the need arises.

When she gets nervous she doesn't know what to say and goes into her own Natalie speak. She's not afraid to ask or take advice from her friends when the need arises. She like most girls has those blonde moments where seemingly she doesn't make full use of her brain but she catches on. Natalie's dream is to be the belle of the ball, but her ball is disco and all the men want to dance with her. She wants to be a dancing queen. She can get to wound up having fun dancing that she'll forget how she looks when she goes to the door to get a package from the UPS guy. It won't even phase her that she is wearing her underwear and night shirt when she answers the door. This girl wants to be the hero, you can tell by her spider-man underwear. 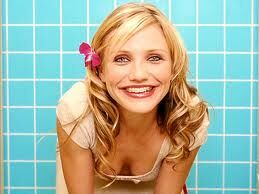 Natalie's mother was a librarian and her father was a high school football coach and also the author/editor of The Cook Anthology of Science Fiction. Natalie was the class nerd in high school, complete with a Princess Leia honeybun hairdo, glasses, and a mouthful of braces. She got her Ph.D. from MIT — by correspondence. She’s worked as a research scientist at the Swedish National Academy, a U.S. Navy test pilot, and a Lincoln-Mercury spokes-model.﻿

During Bosley's retirement party, Natalie can be seen posing with Bosley in several slideshow photos alongside her partners Alex Munday and Dylan Sanders, during their missions on the Eric Knox and H.A.L.O assignments.

It hints that she and her fellow angels no longer work for the Townshend Agency, most likely having retired since then.

Dressed in her lethal high heels, leather tight pants and loosely laced tops, Natalie Cook is always drop down sexy. For Natalie, as a gushy and giggly Angel, her style was aimed to create an Energetic and cute all American girl look. Joseph Aulisi the costume designer for Charlie's Angels: Full Throttle would design her outfits that include hippie denim pants with bright red cut off the shoulder top. She always had her two cute babyish pony tale like the one in the first scene of the movie. Cameron Diaz is wearing a white snow outfit; this Arctic look came from the traditional styles of Lapland and Finland.

Natalie is extremely proficient in kung fu and several other martial arts, as are fellow Angels Dylan and Alex and has a passion for anything on wheels. She’s brilliant at road racing, helicopter piloting, and motocross. Put her behind a vehicle that moves fast and she is up for the challenge to be the leader. Car, bike, helicopter, surfboard - you name it, she's up for the heat. She'll even risk a little unknown territory if it means reaching the goal. And of course as all the Angels, she is a master in disguise. She never uses guns.

Natalie's favourite angel of inspiration was Madison Lee and she was well aware of all the cases she presided.

However upon learning Madison to be the antagonist behind by the capture of the H.A.L.O rings she realizes her deliberate betrayal of her fellow angels.

Dylan however discovers upon separating from Natalie for her safety that Lee used the infamous Bedside Astrologer to determine a suspect's every move as seen on a magazine in the old el passo bar as she is a skilled Astrologer.

Dylan: So you're not leaving?
Natalie: No! Of course, you guys! I get to kick butt every single day of the week with my two best friends. You think I'm giving that up!?

"No Madison I'm Nothing Like You, Because I Have Something That You Will Never Have"

-Natalie to Madison Lee in the Los Angelas Angel Theater

-Madison presses her lips up against Natalie's cheek in enticement

-Natalie's final comment before Alex and Dylan swing in