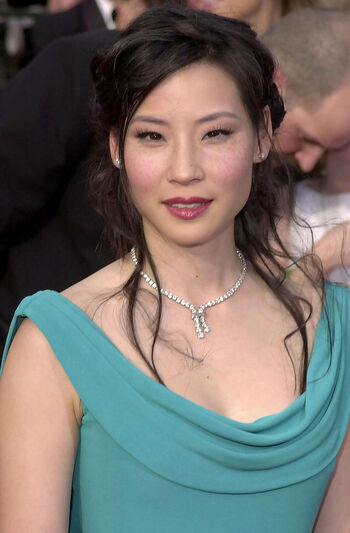 Lucy Liu (born December 2, 1968) is a Chinese-American actress, who is known for playing the role of the vicious and ill-mannered Ling Woo in the television series Ally McBeal (1998–2002), the assertive assassin O-Ren Ishii in Kill Bill, and Joan Watson in the crime-drama series Elementary (2012–2019). Throughout her career, she has received two Screen Actors Guild Awards and has won the Seoul International Drama Award for Best Actress. She has been nominated for a Primetime Emmy Award for Outstanding Supporting Actress in a Comedy Series, and has received nominations for three People's Choice Awards and two Saturn Awards.

In 2008, she starred in an ABC comedy-drama, Cashmere Mafia, as Mia Mason, which ended after one abbreviated season. The show was one of only a few American television shows to have an Asian American series lead. In 2012, Liu joined the cast of the TNT series Southland in the recurring role of Jessica Tang, for which she won the Critics' Choice Television Award for Best Drama Guest Actress.