"Angels are like diamonds; they can't be made - you have to find them. Each one is unique."

Kelly was a founding employee of the Charles Townsend Detective Agency who worked there for at least five years. After Sabrina left the agency to start a family in 1979, Kelly succeeded her as the Angels Team Leader[1]

After Charlie died, Kelly took over the Townsend Agency and poses as Charlie by using a voice simulator to keep his legacy alive.

Kelly never knew her father.[2] Kelly didn't know her real name. "Garrett" was the surname of one of the sisters at Saint Agnes.[3]

Kelly was an orphan. She was raised in the Saint Agnes Home for the Orphaned in Dallas, Texas,[4] where she was under the authority of an orphanage matron named Beamish who used to lock in her a dark closet overnight. Kelly took comfort in the presence of a doll named Lillibet, which she still possessed as an adult.[5] She stayed in the orphanage until a fire in 1964, after which she was put in foster homes.[6]

One of her foster families was the Blaine's. They took her in while living in Texas, just before they moved to California (bringing her along). She stayed with them for a year until Mr. Blaine died. After that Mrs. Blaine wasn't allowed to keep her, and Kelly was placed with another family.[7]

In her youth, Kelly met and befriended Sally Miles at summer camp. Sally said that Kelly always looked out for her, and that she had always considered her to be her best friend.[8] Kelly was able to start a campfire on the beach without any equipment,[9] a skill she might have picked up at camp.

Kelly went to high school with Sharon Kellerman and Randy Todd. Sharon later described Kelly as her best friend in high school, and Kelly would go on to act as Sharon's maid of honor.[10]

Kelly trained at the Los Angeles police academy. While still on the force she testified at the trial of Frank Desmond, which led to his four-year imprisonment.[11]

Kelly kept an unidentified black and white picture of a young girl on her dresser.[12]

Kelly was put forward as a possible heir to Oliver Barrows, who came to believe that she was his daughter. She eventually proved that she wasn't.

Kelly fell in love with Bill Cord. She said that there would never be anyone else for her. When she found out that Kris was also in love with him she said that she refused to give him up. After he died, she submitted her resignation to Bosley, though was ultimately talked out of quitting.[13]

Kelly had no trouble recognizing Saint Laurent and Louis Vuitton products at a glance.[14]

Like many of her fellow Angels, Kelly had police training and as such was proficient in armed and unarmed combat. Although rare during her time with the Angels, she was not a stranger to using deadly force, shooting two men to death during a confrontation in Arizona.[15] In 1979, Kelly was awarded an honorary degree from Blackmoor College in recognition of her contribution to the solving of a murder that had happened on the campus.[16]

Kelly couldn't speak Spanish[17] and didn't understand Latin.[18] It is implied that she didn't know how to drive an eighteen-wheeler,[19] but she was good enough at driving a dune buggy that she chased down an experienced driver on a beach.[20] She was also a good enough driver to get hired as one by a man who only wanted to hire his own family.[21] It is implied that Kelly knew how to surf.[22] Kelly knew how to pilot a yacht, though not very well.[23]

Kelly studied roller skating with Kenny Daniels, and became quite comfortable on them. She successfully chased him down when they were both on skates. Presumably she stopped taking lessons after Kenny's arrest.[24]

After Jill and Sabrina left at different times, Kelly has shown to be a good leader as she step up for her new teammates. Through those qualities, Kelly became the head of the Townsend Agency when Charlie died. During that time, Kelly suspects that John Bosley, who was originally supposed to be next in line to become head of the agency, went rogue as he didn't put Australian Johnny in jail during the case in Rio then she and one of the Bosley's discover that he has been making his own network. Although she didn't want to because of how long she has known him, Kelly had no choice but to stop John and his network as she had Bosley put a tracking device inside him during a retirement party for him from the agency so she can track him down. However, Kelly and Bosley actions were discovered by John but Angels Jane, Sabina and their new friend Elena put an end to him and his network. After the case was close, Kelly was pleased when Bosley told her that Elena was their new recruit as she sees potential in her and hearing how well she work with two of the Angles. Kelly meets Elena as herself and formally welcomes her to the Townsend Agency. After she completed her training, Kelly as Charlie congratulated Elena for making through her training and becoming an Angel, which might suggest that she made her, Jane and Sabina a team.

Kelly was one of the founding Angels, alongside Sabrina Duncan and Jill Munroe. She later worked with Kris Munroe, Tiffany Welles, and Julie Rogers. Kelly told Julie that she got to like Kris very quickly.[25]

Kelly and Kris competed for the love of Bill Cord. Neither of them was willing to back down until after he died. At that point they each took the blame for letting things escalate, and patched things up.[27]

When later Angel Dylan Sanders began to experience doubt about her role in the agency, she had a brief encounter with Kelly in a bar, where Kelly assured her that every Angel was unique and that Charlie had to have seen something worthwhile in her to bring her into the team, but her rapid appearance and departure make it unclear if Kelly was ever genuinely in the bar or was merely a hallucination of some sort.

Kelly: [while going through heroin withdrawal] I'm okay, but I'll never forget what I've been through. Ever.[28] 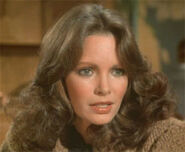 Three For The Money 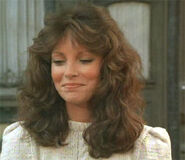 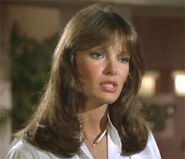 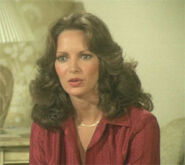 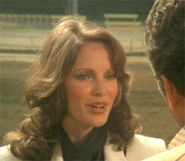 Angels in the Stretch 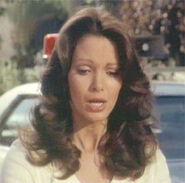